More Than Just A Farm 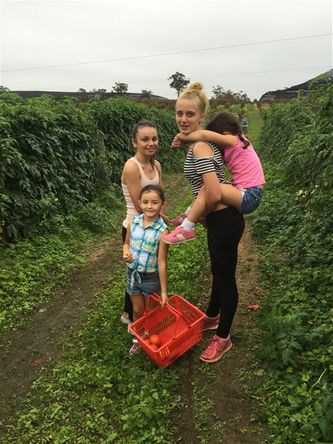 The 100 acre orchard was originally purchased by John Cecil Christie in 1923. At this point it was crown land which he purchased for 100 pounds. He cleared 25 acres by hand and planted passion fruit, oranges and lemons during the depression. He also had poultry. Over the years he moved on to stone fruit.

Cecil and Gladys Christie had 6 children.

The youngest, John purchased the farm  in 1970. Then married Trish. Over the years they have also grown tomatoes, zucchini, squash and more.

John and Trish had 2 sons, Nathan and Glen. Nathan started working on the property in 1993 and took over the management of the farm with his wife Jaime in 2012. So it is now in 3rd generation.

They are all now working together with Nathan’s 3 young children taking a keen interest in the farm.

Glen and his wife Ros are live close by with their 2 young children.

Nathan and Jaime purchased the 25 acre property next door where they live and both properties are farmed.

Jaime’s mum Lyn also lives on their property and is lending often found working in the farm shop or running around after the grandchildren.

We are very passionate about what we do. This is our life and we all love it. We have a close family and a great deal of support from the community where we have all lived our whole lives.

We have had many people try our fruit fresh from the tree and tell us that they “have never tasted anything so delicious”. We want everyone to have the opportunity to taste fruit like this and also to experience a little of the beauty of Canoelands and farm life.

We look forward to many enjoyable days and smiling faces here at Canoelands orchard.